The story of the lone Ranger is being told by an elderly Tonto (Johnny Depp) to a young boy in a museum.

John Reid/The Lone Ranger (Armie Hammer) is a lawyer, heading west by train to take a notorious criminal Butch Cavendish (William Fichtner) to be hanged. Tonto is also being transported for crimes, although it is implied he is there to kill Butch.

Butch is set free by his gang. Reid puts Tonto in jail. We discover that Tonto, as a child, took two men he found in the dessert and showed them a silver mine. The men then killed Tonto’s entire village to keep the mine secret, and Tonto has spent his life tracking Butch to kill him.

Butch is the brother of a well respected and rich man, who is illegally breaking treaties with the native Americans, so he can build train tracks on their lands.

Butch kills Reid and his brother in an ambush, and Tonto uses the white spirit horse of the desert (Silver) to bring Reid back to life as the Lone Ranger.

Tonto and the Lone Ranger kill the bad guys and ride off into the desert together to be “Outlaws for Justice.” 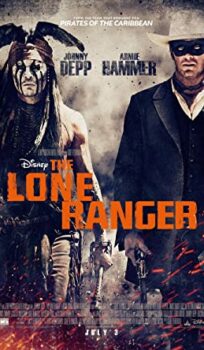