A Great British gangster film scheduled for an American remake.

Bob Hoskins is a London crime boss who suddenly finds himself targeted by bombers, right when he is making a big real estate deal with American backers. After learning that his unseen enemy is the IRA, because one of his people shortchanged them for a relatively small amount of money, he offers to make it up. He arranges for the IRA to be paid back but uses the meeting to shoot them down. Hoskins thinks he has won until at the end of the film he is abducted by Pierce Brosnan and does not appear to be very long for this world. 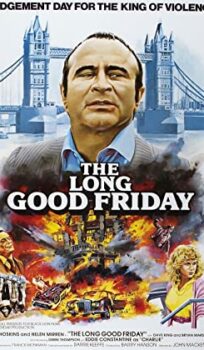