POOPER:
Maddy saves Richard from being killed by Cooper and his men.  She received immunity in exchange for testifying against Cooper.  Morris ended up in a mental institution, and Paula ended her affair with Richard to help with his recovery.  Richard and Maddy are now together.  Ross was fired as CIA Director for coming up with the scheme in the first place.

LONG VERSION:
Following the arrest of a CIA agent for drug smuggling, CIA Director Ross (Charles Durning) is facing a Senate inquiry into the scandal.  Ross knows that the arrest was a frame job set up by Deputy Director Cooper (Dabney Coleman), who wants the Director job for himself.  Ross also knows that his house is bugged by Cooper.  Speaking into a bug, Ross tells his top lieutenant Agent Brown (Edward Herrmann) to pick up the man from the airport who will clear up the scandal with the Senate.  Away from the bug, he tells Brown there is no such person.  He is to actually pick out a random person at the airport.  Ross hopes this wild goose chase will get Cooper off of Ross’ back, and maybe get Cooper fired in the process.  Cooper takes the bait and he and his men follow Brown to the airport.

At the airport, Brown picks out a man who is wearing mismatched shoes, a wingtip and a red sneaker, to be the patsy.  That man is Richard Drew (Tom Hanks), a concert violinist for the Washington Symphony who is wearing the red shoe due to being the victim of a prank by his friend Morris (Jim Belushi).  The ruse works, and soon Richard is being investigated by Cooper and his men.  Meanwhile, Richard has no idea that he is being surveilled, because he has issues of his own.  He is having an affair with Morris’ wife Paula (Carrie Fisher) because she is tired of Morris’ constant practical jokes, and he is sexually repressed due to his all music-no fun childhood.

Throughout the movie, Cooper’s lackeys are following Richard around, thinking everything he does, from going to see his dentist to playing softball, are all part of his spying.  When all of that comes up empty, Cooper sends in Agent Maddy (Lori Singer), who has been following Richard all this time, to seduce him.  As Maddy spends more time with Richard, she begins to suspect that he isn’t a spy, but Cooper doesn’t agree.  Later, after Richard plays an original composition for her, she starts to fall for him.  Meanwhile, Morris has been spotting Cooper’s men surveilling Richard, and he thinks he might be going crazy.  While all this is going on, Agent Brown and his men are also surveilling Richard.  Soon, he thinks that Richard’s life could be in danger because of Cooper, and he tells Director Ross this.  However, Ross only cares about his career and not some expendable violinist, and orders Brown to end their surveillance of him.

With the Senate inquiry just hours away, Cooper can’t find anything to connect Richard to Director Ross, so he orders Richard to be killed.  Two of Cooper’s men go to Richard’s house to kill him there, but they are killed by Brown’s agents.  Richard, wearing headphones, doesn’t hear the gunshots and still has no idea what has been happening to him since the airport.  He’s called away from the house by Maddy, who is now convinced that Richard isn’t a spy and Cooper will be killing an innocent man.  At this time, Morris’ learns of Paula’s affair, and he goes to Richard’s house to confront him.  When he gets there, he sees the dead agents and is now thoroughly convinced he is crazy.

Richard meets Maddy, just in time to see her being taken by more of Cooper’s men, but is able to get her away from them, only to run straight into Cooper himself.  He chases them onto a subway, where Maddy finally asks Richard if he is a spy.  After saying he isn’t, she says she is and then pulls the emergency brake and they get off the train.  Cooper chases them all the way to the Capitol, right into the room where the inquiry is to occur.  Cooper is then arrested by the Capitol police.

Some time later, Richard and Paula are leaving a mental institution, where Morris is now a resident.  Paula tells Richard she is ending their affair to help with Morris’ recovery.  As he leaves the institution, Richard meets up with Maddy, and they kiss.  The movie ends with Ross and Brown spying on the duo.  Brown tells Ross that she received immunity for testifying against Cooper, and Richard is no longer being surveilled.  Ross doesn’t like that, but Brown reminds him that since he was fired for coming up with the scheme in the first place, and Agent Brown is now Director Brown, his opinion doesn’t matter anymore. 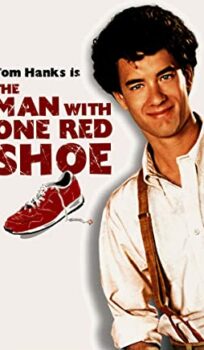