This silent film is one of Alfred Hitchcock’s early works as a director.

Pete is the leader of the local fishermen on the Isle of Man.  Phil is the lawyer helping them fight for their fishing rights.  The two have been best friends since they were young boys.  However, both are in love with Kate.  When Pete asks for her hand in marriage, her father throws Pete out because he has no money and no prospects.  Pete leaves the island promising to come back for her, and Kate promises to wait.

A few years later, Pete returns a wealthy man.  While he was gone, Kate has spent most of her time with Phil and has fallen in love with Phil.  Phil breaks off the relationship, telling Kate he can not betray Pete.  Kate feels compelled to marry Pete.  They have a baby.  When the baby is a few months off, Kate runs off.  She leaves a note telling Pete she loves another man and is never coming back.  Kate lives secretly in hiding with Phil.  Phil has also done well and is now a judge.  If their relationship becomes public, the scandal will destroy his career.  Kate tires of living like this and goes back to get her baby.  Pete refuses to let her take the baby.  Kate tries to kill herself by jumping in the river.

Attempted suicide is a crime, so Kate is taken to court.  Of course, Phil is the judge in her case.  Pete pleads for his wife to be freed so she can return to him.  Kate says she will never go back.  Kate’s father yells out to the court that the judge is the man she has been unfaithful with.  Phil must resign from his position.  In the final scene, Kate takes the baby from a crying Pete, and then Kate and Phil are expelled from the town. 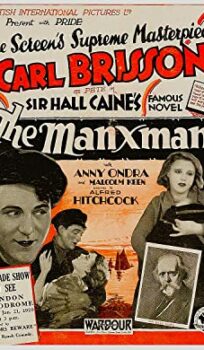