The Mirror Boy turns out to be Tijan’s tribal chief father, who was murdered with a death curse by his brother and his queen. He died on the same day Tijan got into a fight with a bigoted classmate that led to his deportation back to The Gambia.

The queen lied to Tijan’s uncle saying she was carrying his child so she could remain on the throne.

Tijan’s father came to him as a child, so he could be led back to the tribe to claim his birthright.

The queen tries to kill Tijan and his mother with black magic but is stopped by Tijan’s uncle, both being killed in a hit and run.

As he visit’s his father’s grave Tijan’s learns that until he comes of age, his grandfather will rule as regent for the tribe. Standing by his father’s grave site, Tijan finds a photo of his father as a child who looks exactly like the mirror boy does, and discovers who his mysterious spirit guide actually was all this time, finally aware he is being watched, he looks round to see the mirror boy (who’d been watching him from a distance all this time) slowly fading away. 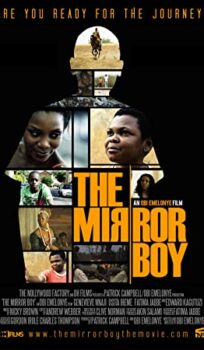