Perry (Tom Guiry) and Duncan (Emile Hirsch) secretly meet in a tractor; the sexually confused Duncan, still conflicted about his feelings towards Perry, tries to keep being friends with him -despite Perry having previously raped him-, but Perry refuses “because it’s queer and he ain’t no queer”. They share a kiss but, then, Perry angrily rebuffs Duncan and calls him “a faggot”; it has been heavily implied throughout the movie that Perry might actually be gay but, out of fear of repercussions from everybody, he won’t act on it.

The next day, while at the local convenience store, Perry -visibly bruised from getting beaten by his abusive father- and his gang taunt Duncan and try to hurt his pet “Chicken”; however, Perry himself relents and tells the others to leave him alone. To prove himself to the group bullying him, Duncan puts Chicken’s head in his mouth -he had the habit of doing so to calm the bird-. But, then, to everyone’s surprise, he bites its head off. This seems make them all back off, while he looks disturbed at what he did.

Duncan returns home, in tears over the incident; his father, Edgar (Richard Jenkins), first tries to confront him but, then, comforts him when he breaks down, thus finally showing their estrangement over the death of the boy’s mother being mended. 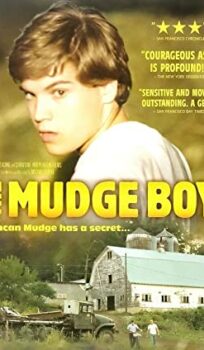