Five mutant teens – Dani, Illyana, Rahne, Roberto, and Sam – are kept in a testing facility under the watch of Dr. Cecilia Reyes (Alice Braga). Each of them suffered a past trauma connected to their powers.

Dani’s (Blu Hunt) reservation was destroyed and her father was killed by what was believed to be a tornado, but was really an entity of fear called the Demon Bear. Illyana (Anya Taylor-Joy) was a prisoner of a group of kidnappers with smiley masks, and she has the ability to manifest the Soulsword and travel to Limbo to fight her enemies. Rahne (Maisie Williams) can turn into a wolf and was branded by a priest in her old town. Roberto (Henry Zaga) can produce fire energy and accidentally killed his girlfriend that way. Sam (Charlie Heaton) can fly at super speed but accidentally killed his father when he realized his power. All of these fears become real when Dani arrives, as her power is to use one’s fear against them in such a way.

Reyes tells the teens that she is prepping them to join what they think is Xavier’s Mutant Academy, but in reality is the torture facility Transigen from the Essex Corporation. After she is instructed to kill Dani, Rahne saves her by attacking Reyes. After the teens fight entities resembling the Smiley Men, Reyes tries to capture the teens, but is killed by the Demon Bear. Dani is knocked unconscious while the other four use their powers to fight the Demon Bear. Dani sees a vision of her father encouraging her to overcome her fear, which she does and uses this to calm the Demon Bear down into a less monstrous entity that finally rests.

With Reyes’s barrier gone, the five teens head to the nearest town together as new friends who are now free. 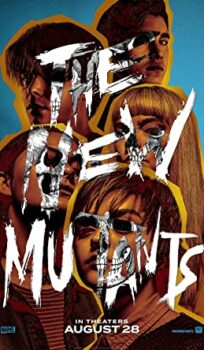