Khalil Abdul-Muhsen (Sean Connery) survives two assassination attempts, but at the end he is shot by his new love Nicole Scott (Cornelia Sharpe), who also committed one of the murders at the beginning of the film.

Khalil’s driver is also part of the conspiracy, but he is killed by Nicole first.

The last scene shows Nicole being followed by a suspicious guy, possibly to be killed as well. 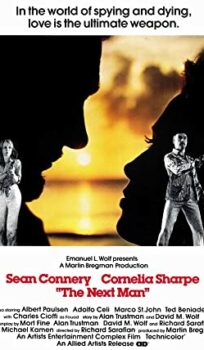