Professor Sherman Klump’s (Eddie Murphy’s) wacky alter-ego, “Buddy Love”, slowly starts to take over him, and plans to give himself an unconceivably large dose of the magic potion, in order to stop the switching-from-one-to-the-other-back-to-the-one process, and permanently become Buddy.  However, this would increase his testosterone to levels that would kill him.  Jason (John Ales), Klump’s assistant rushes off to the Alumni Ball to prevent it from happening.

Meanwhile, at the party, Buddy behaves scandalously and draws everyone’s attention, as he is about to drink the potion; but then, Jason stops him; a struggle ensues, during which Sherman “emerges” and forces Buddy to “leave forever”.

Eventually, Sherman wins over Buddy, and he turns to his old, normal, overweight self permanently, in front of everyone.  He tries to explain his experiment to the audience, and then walks away.  However, Carla (Jada Pinkett-Smith) forgives him and asks him to dance.

The movie ends as Sherman and Carla dance happily, while Mama Klump celebrates; and Mr. Hartley (James Coburn) decides to give Klump the research grant. 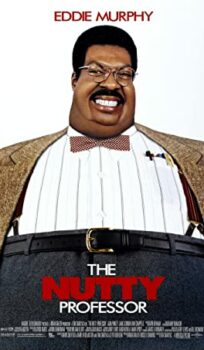