Based on the Japanese concept of Tsukugoyomi, that all possessions eventually take on a soul of their own and will tricks humans. In 18th Century Japan, on a stormy night, a handyman wandering the mountains takes refuge from a storm in a shrine. When he enters, the shrine transforms into a different world. In the first room, the man is confronted by physical manifestations of the spirits of used and broken umbrellas, but the man sees them as terrific items and fixes them all. In the next room, the voice of a woman asks him if he thinks she is pretty and sends ripped discarded kimono cloths to surround and overwhelm him, but the man again takes the opportunity once again to fix all of the garments. In the final room, he is confronted by several old items of all varieties, rusted, damaged, used, in the form of a dragon harboring a deep-seated bitterness. He tells them “You have served people faithfully until you have become worn. Your rest is well rested.” He wakes up back in the small shrine to a new day, with a new kimono and a new umbrella to help his journey.

The boy is teased at school and returns to the woods.

Pete is once again trumped by Mickey. The horn on Pete’s vehicle tells him to “get a horse”

Mr. Hublot takes in the puppy, who grows to an enormous size, so they move into the large abandoned factory space across the street.

Room on the Broom:

The cat, dog, bird, and frog scare away they dragon when they emerge from the marsh looking like a tall, mud-covered, eight-eyed creature. The witch puts what remains of her broom into the cauldron, asks the four to put it an object that they want, and a deluxe broom comes out complete with comfortable seats for the witch, cat, and dog, a bath for the frog, and a nest for the bird. They live happily ever after. 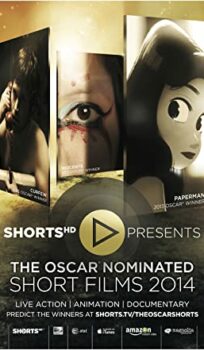