The ending of this film is very different from the original with Jack Lemmon and Sandy Dennis.

After a night in which everything possible went wrong, Henry Clark (Steve Martin) observes that all of his misadventures could only have happened in New York City.

Thus, when he finally gets to his job interview with a New York ad agency, he has a great catch phrase for their new marketing campaign for New York City tourism: “Only In New York!” The interviewers love the idea, and Henry gets the job.

As the movie ends, Henry and his wife Nancy (Goldie Hawn) are attending a Broadway play with their new best friend Mr. Mersault (John Cleese), the snooty hotel manager who had thrown them out on their first night in New York. 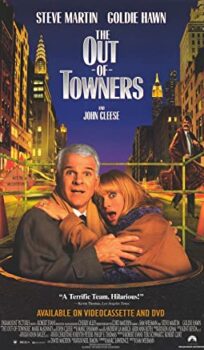