King however finds himself willing to help Jing, especially after learning and relating to Marshall Walker that Li was pregnant. Even though his son is not “worth saving”, Marshal Walker hires more men to stop Ling but is ultimately murdered by his own son, who refuses to atone, nor take responsibility for his actions. After capturing King and Jing, James attempts to kill them both, before they break free. King and Jing kill the rest of the men. After a brutal hand-to-hand fight, Jing strangles James to death. However, having been previously shot, Jing dies of his wounds.

King buries Jing next to his wife, burying the casing of the bullet he planned to kill himself with (guilt-ridden about the death of his brother) and rides off, deciding to live again. 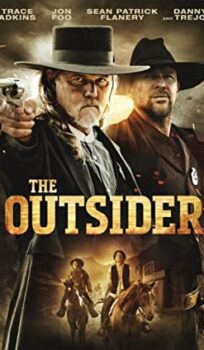