Things begin to blow up in Tom’s (David Schwimmer) face when he brings Julie (Gwyneth Paltrow) back to his mother’s home one night: Ruth (Barbara Hershey) calls him, and his mother (Carol Kane) intrudes on their conversation and mentions that she heard someone come in with Tom, and Ruth realizes that that had to be Julie, whom he mentioned to her earlier as having been a girl that her son obsessed over (though that wasn’t true). Tom tries to blow Ruth off by sending back her charm bracelet that she gave him along with a nice poem, but Ruth confronts him while he is at Julie’s birthday brunch, and she tells Julie that he had sex with her. Tom finally admits to Ruth that he never knew her son, and though he tries to explain everything to Julie, she doesn’t listen, and leaves in a cab.

At Brad’s (Michael Rapaport) bachelor party some time later, he gets into a fight with Brad when he tells him that his fiancé Lauren (Bitty Schram) is “like an albatross around his neck,” and he also lets Scott (Michael Vartan) know that he saw him kiss Julie even though he is a married man. Scott talks to Tom later on and reveals that Cynthia (Toni Collette) kicked him out of their house when he accidentally let this fact out during an argument. When they chat in Tom’s room later on, they randomly figure out what Tom Thompson that Ruth confused him with, and Tom finds the other Tom (Todd Schrenk) through a lady friend who knew them both. He goes to Ruth’s house with him, where he apologizes to her for everything and makes his peace with her and presents the other Tom to her. The other Tom then gives Tom the car that was originally willed to him, because he felt it would be too saddening for him to keep it.

Brad weds Lauren, and at the reception Scott sees Cynthia and begins to reconcile with her. Julie shows up as well, and though she was still upset at Tom, he gives her a belated birthday present: His car, with which she can use for her already-planned year-long trip. Then, a song comes on in the reception that Julie loves, and they dance to it, effectively reconciling.

The last scenes show Tom moving out of his mother’s home (much to her dismay) and into the apartment that Julie previously occupied, where he will wait for her to return, and we learn that he also got a new job. 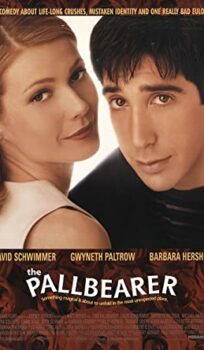