Chuck and Rachel (Valerie Harper) quit their jobs in the city and move to a lake house, where they open a rental business.   The locals are hostile.  Chuck finds a dead body, but it is gone when he returns with police.  Later, Chuck and Rachel find a second dead body in the woods.  The sheriff is surprisingly unconcerned.

Rachel suspects Henry Link, a crazy neighbor who threatens them.  However, they find Link’s dead body next.  The sheriff still ridicules their fear.  The only kind neighbors are the deputy, John, and his father, Malcolm.  From John, they learn that there have been several missing people, and the locals suspect there is a serial killer.

The killer is Malcolm.  Malcolm used to live in the same house that Chuck and Rachel are renting.  There is a hidden basement room, where Malcolm has kept the body of his dead wife.  Malcolm killed her when she tried to leave him.  Malcolm talks to her dead body, and brings other corpses to keep her company.  Malcolm has raised John to be his accomplice in killing.

From old photos, Rachel finds the hidden door, and the basement room with the corpses.  Malcolm and John show up to kill the whole family.  In the struggle, they knock over a candle, burning down the house.  The family escapes through the woods.  They lure Malcolm and John into Henry Link’s traps, killing them both. 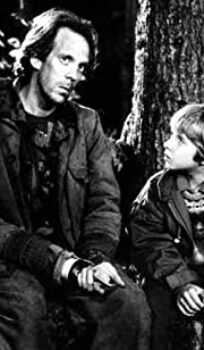