The title is an english meaning for Schenectady, New York which is Mohawk translation.

Luke Glanton (Ryan Gosling) discovers that during his tryst with Romina (Eva Mendes) he fathered a son. Luke quits being a motorcycle stuntman in order to be near his son. Luke get hired by a Robin (Ben Mendelsohn) at an auto repair place. Robin suggests that Luke rob banks in order to provide for his son.

Luke eventually gets greedy and tries to rob another bank that goes south quickly. Luke is eventually cornered by Officer Avery Cross (Bradley Cooper). Both fire their guns leaving Avery injured in the leg and Luke dead.

Cross is declared a hero but is distraught knowing that Luke had a son. Making matters worse a corrupt cop Deluca (Ray Liotta) get his hand on Luke’s stash after one of the robbery. In trying to bring justice to his department Cross records a fellow officer bribing him. Cross uses this as a way to become assistant district attorney.

Fifteen years later Avery is running for Attorney General but his relationship with his son A.J (Emory Cohen) is somewhat strained. A.J is tranferred to a new high school is order to be close to his dad. At school A.J befriends a small time dealer Jason (Dane Dehaan) who happens to be the son of Luke.

Jason eventually comes to put two and two together. Jason then takes Avery hostage. Avery tearfully apologizes to Jason about shooting his father just as Jason is about to shoot him. Jason then leaves.

The film ends with Avery winning the race for Attorney General with A.J by his side. Jason runs away from home on a motorcyle and head west like his father. 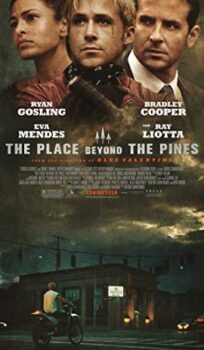