After the government gets wind of the wildly sensationalistic news reports saying that Rowf and Snitter may be carrying bubonic plague from the laboratory they escaped from and have murdered sheep and even humans, they send the military out to find and kill them. When Rowf, Snitter, and the Tod spot a group of these soldiers one day, the Tod decides to give the dogs a chance to escape by having the military’s search dogs follow him. Rowf and Snitter are able to sneak on board a train and get away, but the Tod is ganged up on by the search dogs and killed. Rowf and Snitter hear his final scream, but refuse to believe he is dead, considering him too crafty to be caught.

They get off of the train at Ravenglass, since Snitter could smell the sea nearby. However, the military discovers them almost immediately, so they run from them until they arrive at a beach. Just as some soldiers are arriving themselves, Snitter apparently sees an island in the distance, and he tells Rowf that that island is where they need to go in order to finally be free. He immediately heads into the water, and though Rowf is initially scared to go in after him, due to his phobia of water, he eventually casts his phobia aside and follows him when the soldiers start closing in. They swim off into a dense fog, and the soldiers lose sight of them.

However, the swim takes longer than they had imagined, and the combination of that plus them already being weak from starvation causes them to become very fatigued. Rowf tells Snitter that he sees the island up ahead, and they swim further into the fog until they are no longer visible. Though the ending is supposed to be ambiguous, it is highly implied that they both swam until they could swim no more and drowned. 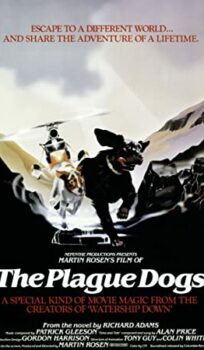