Short Version:
Dot can hear and talk. She kills Paul to prevent him from raping his daughter Nina. Nina’s mother takes the blame and girls sit together in the house finally as sisters.

Long Version:
After losing her father in a car accident and her mother to cancer years before Dot (Camilla Belle) a deaf mute, goes to live with Paul and Olivia Deer (Martin Donovan and Edie Falco). The Deers have one daughter Nina (Elisha Cuthbert) who despises Dot.

One day coming back from school, Nina learns Dot’s secret; she can talk and hear. Knowning this, Nina decides to relay her secret; that her and her father have been having a sexual relationship for years and she plans to finally kill him.

In the Meantine Dot has caught the eye of Connor (Shawn Ashmore), the basketball star. He strikes up a friendship with her and relays his sexual secrets to her. Dot eventually loses her virginity to him.

Nina in a ploy to get away from her father, tells him she’s pregnant and needs money (planning to run away after she kills him). Paul finds out the trick and tries to rape her. Dot, hearing it all, grabs a piano wire and strangles him to death screaming for him to stop, talking for only the second time in the film.

They leave to bury the bloody clothes stopping first at the school dance. There, Connor finds out that Dot can hear and speak and is disgusted with her betrayal. Nina and Dot go and bury the evidence and Dot reveals why she preteneded she was deaf all these years; since her father was deaf she wanted to be close with him and chose voluntary isolation.

Going back to the house they see the police are there taking away Olivia. Olivia has confessed to the murder, in pennance of her doing nothing to prevent the years of sexual abuse Nina endured. The girls go inside and play the piano and the ending implies they will rebuild their lives together as sisters. 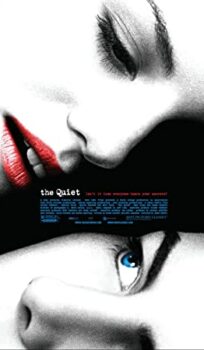