Submitted by Steve B

In 1969, Mary Rose Foster is a famous rock ‘n’ roll diva known as The Rose. Although a success, she is burnt out and lonely but is kept working by her rough and greedy manager and promoter Rudge Campbell. Though loud and brassy, Rose is an insecure alcoholic and former drug user who seems to crave approval in her life. As such, she is determined to return to her hometown, now as a superstar. After being embarrassed by a country singing star named Billy Ray whose songs she performs in her show, Rose takes off with a limo driver named Houston Dyer and begins a relationship with him.

Rudge thinks Houston is just another groupy, but Rose thinks she has finally met her true love. Houston tells her that he is actually an AWOL sergeant from the Army, and she tells him of her past in Florida. They have a rough relationship and her lifestyle of “Drugs, Sex, and Rock & Roll” and constant touring lead her to an inevitable breakdown. In the film’s ending, Rose collapses on stage from a fatal drug overdose in the opening minutes of her long-awaited homecoming concert in Florida. 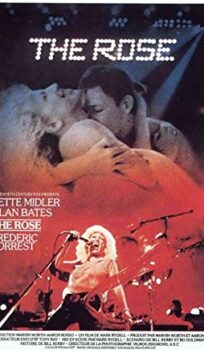