Safety of Objects is one of those multi-character, multi-conclusion movies, but here are the main points:

Everyone is reeling from the aftereffects of a fatal car accident. Randy (Timothy Olyphant), his little brother Johnny, and Paul Gold (Joshua Jackson) were driving home from a concert. Randy asked Johnny for a beer, which sprayed open in the car, causing them to veer into oncoming traffic, almost hitting the car with Paul’s sister Julie (Jessica Campbell) and her date. The car with Randy, Johnny and Paul flipped over, killing Johnny and putting Paul in a permanent vegetative state.

Annette Jennings (Patricia Clarkson) was romantically involved with Paul, and is now grieving their relationship. Randy kidnaps Annette’s daughter Sam, thinking she is a boy, and proceeds to call her Johnny, hoping to replace his dead brother. After a keeping her overnight, he finally lets her go, realizing that “Johnny” is a girl.

Esther Gold (Glenn Close), who has spent much of the past year or so focusing all of her attention on her comatose son Paul, attempts to make amends to her ignored daughter Julie by winning her a truck in one of those “last man standing” contests. Through her delirium, she realizes that life is truly random, no matter how hard you try to make things right. She finally decides to help the entire family move on with their lives by saying goodbye to her son and smothering him to death. 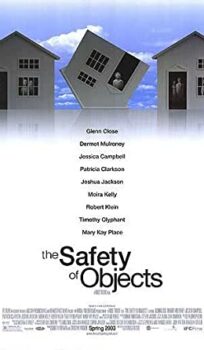