John Muller (Paul Henreid) has been released from prison, and unites his gang to rob mobster Rocky Stansik.  Stansik is ruthless and unforgiving.  His thugs track down and kill the other gang members.  Muller is hiding out in another city.  People mention he looks just like Dr Bartok, except Bartok has a big scar on is face. Muller kills Bartok and scars his face to match.  Muller scars the wrong side of the face, but amazingly, no one notices.

Bartok’s secretary/lover eventually realizes the switch. However, she has fallen for Muller.  She and Muller decide to take off and start a new life.  Muller sells off Bartok’s assets and goes to meet her at the ship.  However, Muller did not know that Bartok was a big gambler and owed a lot of money to the mob.  The mobsters think Bartok is trying to run out on his debts.  The mobsters kill Muller for Bartok’s debts. 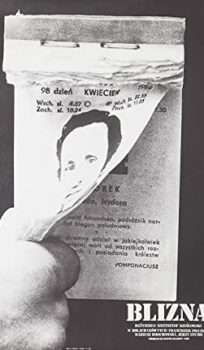