With the help of Robin (Augustus Prew), Maria (Dakota Blue Richards) is able to locate the missing Moon Pearls. She takes them to the cliff where the curse was originally cast on the valley. De Noir (Tim Curry), Loveday (Natascha McElhone), and Sir Benjamin (Ioan Gruffudd) arrive looking for her. Maria confronts them, telling them that the true unhappiness of their two families has come from their pride.

With the curse broken and the two families reconciled, Sir Benjamin apologies to Loveday and proposes to her with De Noir looking on happily. Wrolf arrives and is reunited with the unicorn. He is no longer a dog but with the return of magic to Moonacre has been restored to his true form as a black lion. 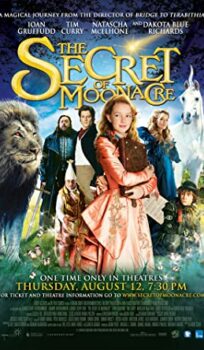