After they’re both fired by Howard Prescott (Richard Jordan), Brantly (Michael J. Fox) and Christy (Helen Slater) formulate a plan to take over the Pemrose company.  With the help of Vera Prescott (Margaret Whitton), they’re able to get the money to buy Donald Davenport’s company, which is about to initiate a hostile takeover over Pemrose.  Brantly and Christy end up together as does Melrose (John Pankow) and Vera. 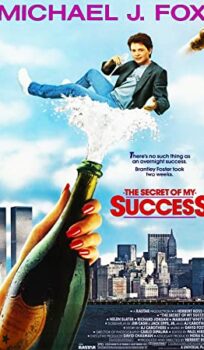