Cover Masterson (Corey A. Thrush), the fiancé of Grace James (Ayse Howard) did not die in the car accident with the drunk driver. SHE DID. Grace finally understands the truth, and passes on to the afterlife. The film cuts back to her apartment where Cover is comforting their son Conor, who the paramedics were obviously able to save, though they could not save Grace.

Sixteen years later, a teenage Conor (Luke Burnett) travels to a cemetery and lays a flower on his mother’s grave. As he reaches the entrance of the cemetery to leave, he hears his mother say “STOP.” As he turns to look in the backseat, a car drives pass quickly. It appears Grace’s spirit arrived to prevent her child from dying in a car accident like she did.

The Sleeping Soul from Concept Media Films on Vimeo. 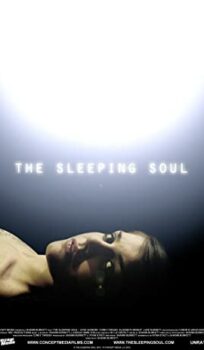