It is 1953, and Charlie Halliday (Barry Pepper) is a WWII veteran who is now a bush pilot in the Arctic Tundra. While delivering supplies, he is asked, and then bribed, with ivory, to take a very ill Inuit girl named Kanaalaq to a hospital for treatment (It is insinuated that she has TB). The plane crashes, and Charlie leaves the girl and the supplies behind to go find help. He almost dies, and Kanaalaq, who followed him, nurses him back to health.

Search and Rescue is sent to search for them, but after about a month, they are pronounced dead.

Over the next three months, the two become friends as they work to survive the harsh conditions. The weather gets colder and Kanaalaq’s condition worsens, and Charlie has to carry and care for her. Charlie awakens one morning and Kanaalaq is gone. He follows her footprints until they disappear, and he realizes that she sacrificed herself so he would have a better chance of surviving.

In a very haunting final scene, Charlie approaches a fishing village and the Inuit embrace him. 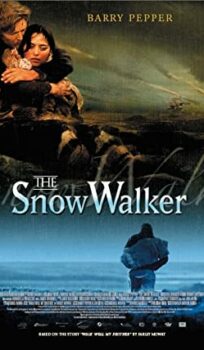