Walter Vale (Richard Jenkins) wakes up one morning to find a message that Tarek (Haaz Sleiman) has been deported. He goes to where the government had been holding Tarek and no one is able to give him any information. When he begins to yell they threaten to arrest him. Tarek’s mother, Mouna, (Hiam Abbass) convinces him to leave.

Mouna tells Walter that she must return to Syria in order to find her son and make sure that he is okay. Also an illegal immigrant, she will be unable to return to the U.S. She climbs into Walter’s bed that night (they had gone on a date the night before Tarek’s deportation) and reveals that she had received Tarek’s deportation letter three years earlier and thrown it away before he could see it. His failure to respond to the letter had been one of the reasons Tarek had been unable to claim asylum during their legal battle over his deportation. She hadn’t anticipated that this would happen, and had been trying to protect him.

Walter sees Mouna off at the airport. He then takes the drum that Tarek had given him and plays it at the spot in the subway where Tarek told him he had always wanted to play. 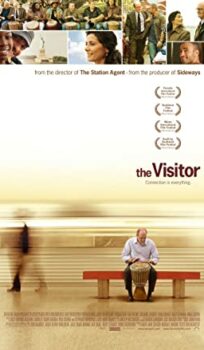