One morning, Sean (Dr. Dre) arrives at the Wash for his shift and finds the window of one of the front doors smashed in and a brick with a note tied around it lying on the floor. He reads the note and finds that it was written by some kidnappers, who explain that they have taken Mr. Washington (George Wallace) and they are holding him for ransom, and they add that they don’t want anyone at the Wash getting the police involved in this and that they will be calling later. After Sean shares this bad news with Dee Loc (Snoop Dogg), Antoinette (Angell Conwell), and their other co-workers, he comes to believe that the two armed thugs who held up the entryway in their low rider the other day must have had something to do with this. A short time later, Washington’s security officer nephew Dewayne (Bruce Bruce) makes his routine morning appearance, and after he sees the destruction done to the door, Dee Loc fills him in on what happened to his uncle and how two people from the neighborhood are the most likely culprits.

Eventually, two of the kidnappers – Slim (DJ Pooh) and Face (Shawn Fonteno) – call the office, and they tell Sean, Dee Loc, Antoinette, and Dewayne that they want $50,000 for Washington. However, they are unaware that the number they are using has no caller I.D. block in place, so the name and number of the caller (Slim’s mother) both appear on the office’s phone. The kidnappers hang up once they realize their mistake, but Dewayne has already memorized the name and number, and he excuses himself to relay this information to one of his partners in the L.A.P.D. Moments later, the kidnappers call back with the number now blocked, and they eventually get around to telling Sean, Dee Loc, and Antoinette that they want the ransom money at closing time today. Shortly afterward, Dewayne returns and tells the others that he found out that the calls are coming from a house just a few blocks away, and the four of them begin to formulate a plan to save Washington, with Dee Loc taking charge of it.

Sean and Dewayne first drive over to the house to scope it out, and after seeing two more people involved in the kidnapping – Trae D. (Tray Deee) and Dog (Jerome Muhammad) – arrive there, they return to the Wash to find out what Dee Loc has planned. Just before they get back, Dee Loc has Antoinette call the house pretending to be a Census Bureau worker in order to find out exactly how many people are there, and she speaks to Slim and learns from him that Face, Trae D., Dog, and himself are the only ones there, plus she also randomly finds out that they are about to come to the Wash to get the money. Moments later, all of the kidnappers, minus Slim, head out to finish the job, and they order Slim to not answer the phone or the door for anybody until they get back. After Antoinette tells Sean, Dee Loc, and Dewayne about what she has learned, Dewayne tells them that he will position himself a short distance from the house in his cruiser until they give him his cue, then leaves. Dee Loc heads for the house himself with two beautiful lady friends, Vickey (Shari Watson) and Diane (Iva La’Shawn), in their car.

Vickey knocks on the door, and when Slim answers, she tells him that hers and Diane’s car won’t start, then asks if she can come in so she can use the bathroom and call AAA, and Slim obliges her. After he gives Vickey his phone, she asks him to go check on Diane, and after he sets his gun down on a table by the front door and heads outside, Vickey calls Dewayne and tells him to come on over. Diane distracts Slim so Dee Loc can sneak out from behind another parked car and into the house, and he meets up with Vickey and helps her find and free Washington. Dee Loc then takes Slim’s gun and uses it to hit him in the head from behind when he comes back in, knocking him out. The trio gets outside and meet Dewayne, who has just radioed for backup, and Washington and Dee Loc jump into his car and head back to the Wash.

While this is going on, Face, Trae D., and Dog arrive at the Wash, and Face goes into the office and confronts Sean and demands that he give him the money or else Washington is going to die. Moments later, Dee Loc, Dewayne, and Washington drive in, but then a masked man wielding an AK-47 follows in after them, and the sight of the latter scares Trae D. and Dog into running away. After the car stops, the gunman orders Dewayne to get rid of his handgun and for him and the others to get out, then he takes his hood off and reveals himself to be Chris (Eminem), the Wash’s former assistant manager who was fired by Washington days earlier and who had been making threatening phone calls to him ever since vowing to get revenge on him. After Sean sees all of this over the security camera, he tells Face that his money has arrived, so Face forces him towards the door at gunpoint, saying they will get it together.

Sean runs from Face the moment he steps outside, prompting Face to start shooting at him. As Sean takes cover behind Dewayne’s cruiser, Chris wildly fires his AK-47 in response to the gunfire until his clip has emptied, causing a lot of damage to the office and wounding Face. After he reloads his rifle, Sean comes up and tries to wrest it away from him, but he pushes Sean down onto his back. Chris then recognizes Sean as the guy who replaced him and prepares to kill him, but Dee Loc gets in between them, refusing to see his friend get shot. This distraction gives Dewayne the chance to retrieve his gun and aim it right at Chris’ head, and Chris surrenders moments later. Dewayne then cuffs him just as the police make their arrival.

As Sean walks back into the office with Dee Loc, he tells Dee Loc that he has a paycheck coming, and though he wants to use it to pay his half of the rent, he has to take care of some things first, such as getting the wheel clamp taken off his car. 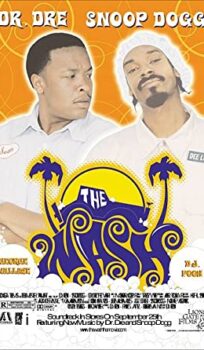