Wedding planner to the rich and famous, Mary Fiore (Jennifer Lopez) meets a hunk (Matthew McConaughey) who saves her from injury via a runaway dumpster. He turns out to be a pediatrician named Steve Edison, and they share an outdoor movie and dance at a local park. Mary is smitten and Steve seems to be as well; they almost kiss before a rainstorm ruins the moment.

As a condition of making business partner, Mary is trying to land the huge wedding of socialite Fran Donolly (Bridgette Wilson-Sampras). Fran introduces Mary to her fiancée “Eddie”, which is her nickname for Steve. Mary controls her emotions for appearances’ sake but lets Steve know privately she thinks he is a rat for leading her on.

Meanwhile, Mary’s Dad re-introduces her to Massimo, her childhood friend recently arrived from Sicily; he immediately declares that he wants to marry Mary, who is trying to reject him gently. Fran, Steve and Mary are scouting the wedding location at a winery when Massimo shows up proclaiming he is engaged to Mary. This gives Steve ammo to say Mary wasn’t being entirely honest with him, either. They eventually apologize to each other and agree to put it behind them.

But then… Steve and Mary have to spend time together working on details while Fran is away on business, and they recognize their growing attraction, but Mary shuts it down out of respect for Fran. She then agrees to marry Massimo.

Mary gets the partnership. The day of the wedding, Mary gives control (and her commission) to her assistant so she can go to the courthouse to wed Massimo. Steve has a talk with Fran before they walk down the aisle and they both realize they aren’t the same in-love couple they were in college, and call the wedding off. Steve races to the courthouse only to find a dejected Massimo, since Mary called off their wedding too.

Steve finds Mary at the same park, explains that he isn’t married, asks her to dance and finally kisses her. 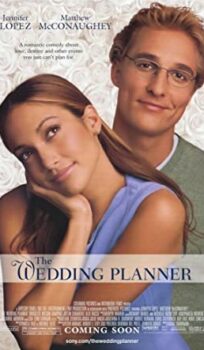