Short pooper:
Charlie (Brendan Fraser) dies of a heart attack, but he gets, before so, to make peace with his daughter Ellie (Sadie Sink), his caretaker Liz (Hong Chau), and, to a certain extent, his ex-wife, Ellie’s mother, Mary (Samantha Morton). Also, Ellie coerces Thomas (Ty Simpkins) into abandoning his mission and going back home to his own family.

Longer version:
Under the effects of marijuana, Ellie gets Thomas to admit that he engaged in his current missionary work after stealing money from his old youth group and running away from everyone back in Iowa while she is secretly recording it as evidence.

Later, with Charlie’s health and mobility in frank decline, Liz brings over Mary, who then finds out that Ellie had been meeting Charlie behind her back. The encounter is tense, as Charlie is still severely wracked with guilt over his past deeds, and Mary has never fully forgiven him for abandoning them both. When Charlie suddenly reveals he has over $100,000 in his account for Ellie’s future, Liz becomes enraged -he had led Liz to believe he was just about broke- and leaves. The exchange between Charlie and Mary escalates to a point where, as she is about to leave, he breaks down and begs to be told if there was anything he ever did right in his entire life.

Thomas returns, announcing Ellie used the recorded confession to inform his family of his whereabouts and because they are seemingly receiving it with open arms, he will go back home; however, when he attempts to blame Alan -Charlie’s former gay lover, whose death triggered Charlie’s current situation- for his own demise, Charlie heavily chastises him.

Dan The Pizza Man (Sathya Sridharan) sees Charlie for the first time during a delivery, and this stresses Charlie and causes him to go on another eating binge, which further strains his situation. Later, he reveals to his online college group that he will no longer be their professor and, in turn, after reading some supportive reactions from the students, he turns on the webcam before them, for the first and only time, so they could see what he looked like, most likely as a good-bye to them, after which he flings his computer across the room, destroying it.

Now nearing death, Liz returns to make amends with Charlie. At the same time, Ellie comes in to confront him over the essay he seemingly replaced for her. He reveals all he did was to reuse, instead, a previous assignment about Moby Dick back from when she was in Grade 8 because, as he puts it, “it was the most honest thing she ever came up with.”

Ellie is furious about it, and as he tries to apologize, Charlie begs her to read him the essay. As she does, he gets up and walks towards her, which, in his condition, would kill him, but he keeps going nonetheless. At the anguish of both women, as Ellie completes her reading, Charlie collapses, dead, his heart having given out. His last vision is of himself spending a happy day at the beach with his entire family as he ascends to Heaven. 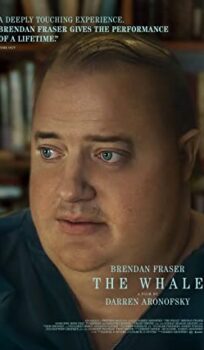