Pooper:
Simon agrees to die in the house to free Lydia’s spirit and, in turn, becomes the new ghost in the window. Beverly and Finn move into the house after his death, so Simon is able to watch over them.

Long Ending:
Simon (Alex Draper) is separated from his wife, Beverly (Arija Bareikis). Simon is bringing their son Finn (Charlie Tacker) to help him refurbish an old farmhouse he plans to flip. The parents hope that this bonding time will help calm Finn’s recent rebelliousness. When the father and son arrive, they hear a legend that the house was owned by a witch named Lydia (Carol Stanzione), who was rumored to have killed her family before dying in the house while sitting at the upstairs window.

Simon and Finn begin bonding, with Simon beginning to treat Finn like a young adult. Simon explains that he doesn’t feel worthy enough to have a great family, and that’s why he’s sabotaged his relationship with Beverley. As they work, the pair begin experiencing supernatural phenomena such as thumping on the walls, nightmares, and glimpses of a woman. As father and son continue to fix the house, the phenomena grows more powerful. Eventually, Finn and Simon see Lydia’s spectral form sitting in the chair in front of the window where she died. They flee the house after Lydia rises from her chair and yells out to them to “stay.”

After a heart-to-heart, Simon decides to send Finn home while he finishes the house. He claims that he can’t abandon it due to his investing too much money into it and, besides, nobody’s ever died by ghost. We later learn, however, that he refuses to leave because he hoped that building this into his wife’s dream home could repair his marriage (he was never going to flip it). So he continues to restore the house while spending the nights at a hotel.

One day, Lydia casts many illusions to keep Simon in the house before finally getting him to talk with her. She explains that she is not a malevolent witch but that her spirit is trapped in the home and that if Simon takes her place (i.e., die and becomes part of the house), her soul will be free. She says this is an opportunity for him to finally commit his heart and soul to something. Simon agrees to take her place, and after he finishes the house, he passes away.

After the funeral, Finn and Beverly visit the house and are blown away by how beautiful and homey it is. Finn also finds a note Simon hid for him, explaining that he will always be with them if they stay. Beverly and Finn decide to move in, and supernatural phenomena suggest that Finn’s spirit is watching over them. Meanwhile, we see the spirit of Lydia freely traveling now that she’s been freed from the house. 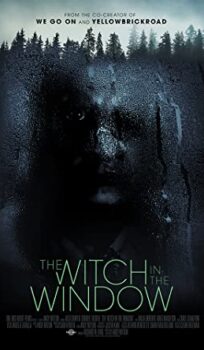