Pooper:
Logan defeats the Silver Samurai and uses his regenerated bone claws to kill  Yashida. Although Wolverine can choose to die and join Jean Grey in the afterlife, he chooses to live. With Yukio along for the ride, Logan  travels the world once again as the hero Wolverine. He is then contacted by Magneto and a resurrected Professor X to help them face an emerging threat.

Long Ending:
The film begins with a flashback during World War 2.  Logan (Hugh Jackman), aka the Wolverine, is captured in a prisoner of war camp at Nagasaki. The Japanese base is under attack and a Japanese soldier named Yashida (Ken Yamamura) decides to free all of the prisoners. Logan has been locked in a concrete well. As Logan is freed, he sees the atomic bomb dropped and pulls Yashida into the well and shields his body from the blast. Yashida is amazed at Logan’s regenerative abilities, realizing that Logan is essentially immortal. The two men bond in the well until Logan determines the radiation has dissipated enough for them to escape and part ways.

We jump ahead to the present (after the events of X-Men 3, where Jean Grey had gone crazy and killed Professor X and Cyclops before Wolverine killed her. The X-Men are seemingly disbanded). Logan is a hermit, living in the woods and having recurring nightmares about his dead love, Jean Grey (Famke Janssen). Logan has given up being the Wolverine and made a vow not to take action ever again. Logan is tracked down by Yukio (Rila Fukushima) the adopted granddaughter of Yashida (now played by Haruhiko Yamanouchi). Since World War 2, Yashida went on to found the largest and most powerful corporation in Japan. Unfortunately, he is now dying and wants to see Logan one last time.

Yukio and Logan go to Japan where he is introduced to Yashida’s son Shingen (Hiroyuki Sanada) and granddaughter Mariko (Tao Okamoto). Shingen is forcing Mariko to marry a powerful politician in order to increase his own standing. Yashida offers to have his doctor, Viper (Svetlana Khodchenkova), transfer Logan’s healing powers to him. That way, Yashida could live forever and Logan could finally live out a natural life.

Logan refuses the offer (noting that Yashida does not really want his curse) and that night, Yashida dies. At the funeral, the Yakuza (a criminal Japanese gang) attempts to kidnap Mariko. With help from the ninja Harada (Will Yun Lee), Mariko’s former lover , Logan manages to get Mariko to safety. Logan is badly injured in the fight and discovers that his healing powers are beginning to fail him. They escape to a safe house and begin to bond. The two soon fall in love and Logan begins to find meaning in his life once again.

The Yakuza eventually track Mariko down and abduct her. It turns out that they are working for her father, Shingen. He wants her killed as Yashida left the entire company to her. Logan, with the help of Yukio, tracks Mariko to Shingen’s house. Once there, they discover that Harada’s ninja clan had taken her from Shingen and killed all of his men. Logan also discovers that Viper had secretly injected a nanite into his heart that is tampering with his healing abilities. He manages to remove it from his body (dying temporarily in the process), thus restoring his healing abilities. A crazed Shingen attacks them, but Yukio and restored Logan successfully defeat him.

Logan then storms the fortress where Harada has taken Mariko. Harada is working with Viper, who is also a mutant (she is immune to all poisons, can create any sort of poison or toxin she wants, and has snake-like powers). In accordance with Yashida’s wishes, they have built a giant adamantium robot called the Silver Samurai. Harada manages to knock out Wolverine and they activate the Silver Samurai to cut off his claws. Mariko manages to free Wolverine and he begins fighting the powerful Silver Samurai. Meanwhile, Yukio attacks Viper, ultimately killing her.

Wolverine passes out and sees a vision of Jean Grey, who says that he can choose to die and finally join her in the afterlife. Logan reaffirms his love for her, but says he has found purpose once again and returns to life. Logan, having re-adopted his Wolverine moniker, gives Mariko a farewell kiss before boarding a plane to venture around the world. On board, he finds his new bodyguard Yukio, who eagerly joins Wolverine on his new adventures.

Post-Credits Scene:
Two years later, Wolverine waits in a security line at the airport. He watches a commercial for Trask Industries, a company that has developed humanoid robots. Wolverine suddenly notices that all the metal in the airport is beginning to vibrate. He pops his bone claws and turns to face Magneto (cameo by Ian McKellen) who paralyzes his adamantium body. Magneto says he needs Wolverine’s help as a threat to mutant-kind is emerging. Wolverine retorts that he has no reason to trust Magneto. In response, all the others in the airport suddenly freeze in place (ala X-Men 2). Suddenly Professor X (cameo by Patrick Stewart), thought dead at the end of X-Men 3, emerges from the crowd to join Magneto’s side to confirm Magneto’s words. Cut to black. 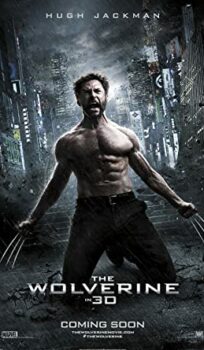