After telling the story of how they met and got together, it’s revealed that Joel (Paul Rudd) and Molly (Amy Poehler) are now divorced, explaining that after their wedding things got tough, her business closed, his dream café didn’t work out, she started taking pills and eventually cheated on him with her ex-boyfriend. They decided they worked better as friends.

Hearing their story, the husband of the couple their telling it to (Bill Hader), announces he wants a divorce, then quickly says he’s joking. Seeing him and his wife so together, Joel and Molly decide they might as well give their relationship another shot. 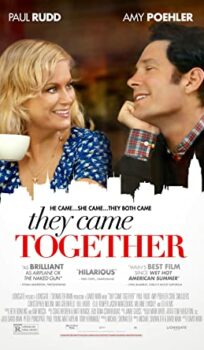