During the band’s final, farewell performance in America, Nigel rejoins the band on stage, and the reunited Spinal Tap head out on a successful tour of Japan. (All except drummer Mick Shrimpton, who dies via spontaneous combustion during that farewell concert.) 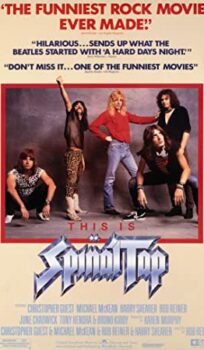