Major Archie Gates (George Clooney), Sergeant First Class Troy Barlow (Mark Wahlberg) and Staff Sergeant Chief Elgin (Ice Cube) successfully get the Iraqi Shiite rebels to the Iranian border, but they are stopped by their superior before they can get them across.  Due to America’s non-involvement policy, all three are put under arrest, and the rebels are turned over to Iraqi soldiers.  Having already given each of the rebels one of the gold bars for their safety, the Gates offers up the rest of the gold as a bribe for the safe passage of the rebels.  With a simple salute from their superior to the Iraqi soldiers, the rebels finally make it into Iran, and their freedom.

The movie ends by stating that all three were cleared of their charges and honorably discharged, thanks to the testimony and reporting of Adriana Cruz (Nora Dunn).  Gates and Elgin start working as military consultants in Hollywood movies, and Barlow opens up a carpet store.  The gold is returned to Kuwait, who reports that some of it is “missing.” 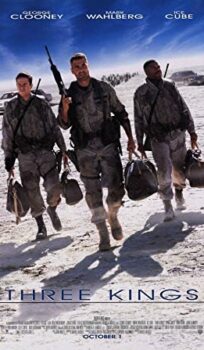