Mike (Josh Randall) and Sheryl (Brianna Brown) are a young couple on a hiking trip. After encountering a park ranger, a local woman and aggressive hunters, the two set up camp. A figure spies on them while they sleep. The next morning, Sheryl goes to bathe in the lake and is kidnapped. Mike finds Sheryl’s clothing at the lake, but no sign of her. He goes to search but gets his foot caught in a bear trap. He passes out and wakes up in a cabin owned by the local woman. The woman, Ida, treats his wounds and tells Mike she will contact the sheriff via radio. Mike is suspicious of her and demands she let him use the radio. The two fight and Mike knocks Ida out. Mike finds the radio but it doesn’t work.

Mike goes to the basement of Ida’s cabin and finds Sheryl tied to a chair. The room is filled with foetuses “pickled” in jars and torture equipment. Mike is captured by Clyde the park ranger, Ida, and Ida’s brother Deacon. The trio of religious extremists tell Mike and Sheryl they must be punished for their sin of premarital sex witnessed the previous night. The punishment is to have a baby for Clyde and Ida, who cannot carry a pregnancy to term. Mike and Sheryl are forced to marry and attempt conception, facing torture when they refuse.

After a few days, the two hunters hear about the missing couple and investigate Ida and Clyde’s cabin. One finds a hidden door to the basement and is killed by Clyde. The other man, responding to Mike’s screams, is shot to death by Ida. Ida and Clyde gloat to Sheryl and Mike that no one can save them.

Sheryl laughs hysterically and tells Ida that she is eight weeks pregnant with a child conceived “in sin.” A shocked Ida drops a blade she was holding. Mike slashes Clyde’s throat with the blade and knocks out Ida. Mike shoots Clyde in the head with Ida’s shotgun. The couple leave the basement and Sheryl goes for help. She is confronted and chased by Deacon. She douses him with moonshine and sets him on fire, grabs his sickle, and runs back to the cabin. Ida comes out of the basement and stabs Mike before being decapitated by Sheryl. A year later, Sheryl and Mike are seen putting their baby to bed. At the window, Deacon’s sickle is seen. 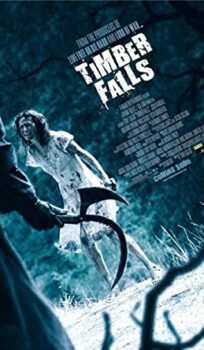