During Nazi Germany an Aryan woman, Marianne, tells her little boy Heinrich that their Jewish neighbors the Silbersteins and their son David (Heinrich’s best friend) are being taken to ‘Toyland’ not wanting to tell him the truth. Heinrich wants to go with his friend to ‘Toyland’. Heinrich goes missing on the day the Jewish in the region are rounded up. Nazi guards take Marianne to the carriage her neighbors are in. Marianne doesn’t find Heinrich in the carriage but instead pretends David is her son, saving him from the camp. Heinrich is found safe when she gets home. Marianne hides David until the war ends and brings him up like he is her own son. The Silbersteins die in the concentration camp. Heinrich and David remain best friends for the rest of their life. 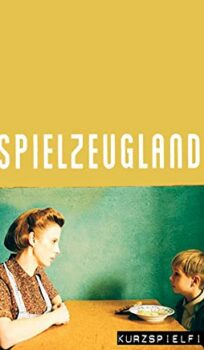