Four college students get lost trying to find a remote cabin in the Tennessee mountains. They end up near a remote backwoods community dominated by a brutal savage, Henry Chitwill (Henry Silva).

This settlement operates by its own law.  Henry caught an outsider in bed with his wife. According to their law, Henry has the right to kill the man.  The students witness the murder.  They call the sheriff.  The students don’t know it, but the sheriff is Henry’s half brother. Sheriff tells the students there was no murder, and to get out of there, and warns Henry to hide the body well.  The students go to look four the body, to prove it happened, and are captured by Henry and his kin.

The students are locked in a cellar. Henry convinces his kin that all four witnesses must be killed.  One hillbilly sneaks in the middle of the night to free them. He is caught in the act and killed by Henry. 3 students are re-captured, but Robert escapes. A 5th student drives up looking for his friends.  He is run off the road and killed by Henry. 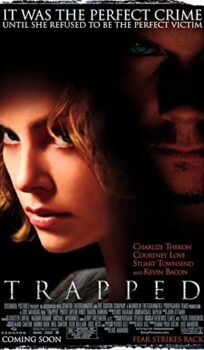