POOPER
All of the mob members, including Sir, are killed in the shootout, but so are Curtis and Addy.  Marcus kills Raymond, and both Gordon and Donna survive.

LONG VERSION
Raymond Lembecke (Vincent Gallo) has just finished serving a two year prison sentence after taking the rap in a drug deal for his boss, Tony Vago (Rod Steiger).  Vago rewards his loyalty with a measly warehouse job.  Raymond decides he wants a better life for himself and his pregnant girlfriend Addy (Kim Dickens), so he decides to steal drugs and sell them and use the money to start over.  He teams up with Marcus Weans (Mykelti Williamson) and Curtis Freley (Kiefer Sutherland, who also directed the movie) and pull off the heist.  However, things go wrong in a hurry when a trigger-happy Curtis kills the dealers, and one of them is an undercover DEA agent.  The group is able to escape a shootout with the DEA, but now the law is after them.  At this time, we learn that Marcus is also an undercover DEA agent, and he is leaving clues as to where they are going.

In a need to change vehicles, Curtis spots a couple in an RV.  At gunpoint, he orders the couple, Gordon (Kevin Pollak) and Donna (Grace Phillips), to drive them to Las Vegas, where Raymond plans to sell the drugs to Vago, and split the money.  As the movie progresses, the meek Gordon is becoming more and more infatuated with Curtis and his lifestyle, and Marcus is trying to free the hostages whenever Curtis and Raymond are not paying attention.  But Gordon is constantly ruining those plans and wants to stay with the group, much to Donna’s dismay.  The group finally makes it to Las Vegas and meet Vago, but he refuses Raymond’s offer to buy the drugs, because they were his drugs to begin with (something the others didn’t know).  Curtis begins a shootout, killing Vago and all of his henchmen, and escape.  Later, Vago’s boss, known only as Sir (Martin Sheen) orders his men to find the group and kill them.  Now both the law and the mob are chasing Raymond and the others.

With no other option available, Raymond takes the group go to his brother’s house outside of Truth or Consequences, New Mexico to hide out, knowing that his brother is out of the country on business.  There, Raymond arranges a deal for the drugs with a buyer he used to know, and Marcus is able to inform the DEA of their hideout.  The mob also learns of the hideout, and it appears both the DEA and the mob will arrive at the house at the same time.  The next morning, the drug buyers arrive, with the mob and DEA both nearby.  Before the sale, Raymond tells Addy that they are leaving after the deal goes down and will start a new life in Mexico with their share of the money.  Just as the deal is completed, the mob arrives at the house and begin a shootout.  The buyers are both killed immediately, and so is Curtis.  As the shootout continues, the house is set on fire, and nearly all of the mob members are killed, but then Sir arrives.  He sees Donna and is about to kill her when he is shot to death by Gordon.  He and Donna then run off, just as the DEA arrives on the scene.

Raymond kills the last of the mob members, then sees Addy was killed by a stray bullet.  With the DEA approaching him with guns drawn, a distraught Raymond walks out carrying Addy but still holding a gun.  Marcus orders Raymond to surrender, but then a surviving mob member gets up to shoot Marcus.  Raymond kills him, but Marcus, thinking Raymond was shooting at him, shoots and kills Raymond.  The movie ends with Marcus realizing that Raymond was shooting at the person behind him while the DEA begins rounding up all of the bodies of both the group of criminals and the mob members, all while the house continues to burn. 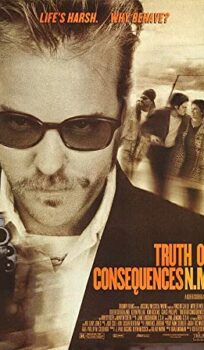