Pooper:
Eleanor and Paul are the only ones who survive the night. Luke sent the postcard, but it was actually Eleanor’s prank of Felix and subsequent blackmail of him that caused Felix to attempt suicide (and set off the rest of the events in the film).

Long Ending:
We open at a raucous party. Luke (Alexander Vlahos) is selling drugs to many of the party-goers. He comes across Felix (Tom Kane), a nerdy and neurotic classmate. Luke gives Felix some drugs and then encourages him to declare his love for kind-hearted Gemma (Florence Hall). The problem is that Gemma is dating a hot-headed bully named Chris (Jack Gordon). Meanwhile, Gemma’s best friend (and shameless flirt) Eleanor (Jennie Jacques) takes her boyfriend Paul (Liam Boyle) upstairs to have sex with him, but he just passes out. Eleanor returns downstairs and convinces the party-goers to play Truth or Dare. During the game, Felix admits his affection for Gemma and Chris beats him up in front of everyone. Felix weeps and flees from the party.

Some time later, Luke, Gemma, Chris, Eleanor, and Paul are invited to Felix’s birthday party at his palatial estate. Since the events in the opening scene, Gemma and Chris broke up and haven’t seen each other since. The party ends up being in a cabin in the woods. The fivesome arrive at the cabin to find Felix’s brother Justin (David Oakes). Justin explains that Felix ended up not being able to fly in for the party and , but Justin couldn’t reach the five of them to tell them of the missed flight. Nonetheless, Justin invites them all to stay as long as they are already there. Alcohol flows freely and we learn that Justin was in the special forces in the military. Chris tries to get Gemma back, but she rebuffs him. Eventually, Justin suggests they play a game of truth or dare (where it is revealed that Justin is a homophobe).

In the game, Justin reveals during a “truth” that his brother Felix actually committed suicide in that very cabin. Felix was found with a postcard in his pocket that stated only “truth or dare bitch” and a photo implicating the five guests as the potential sender. Justin pulls out a gun and demands that one of the guests confess to sending the postcard, but nobody fesses up. A struggle ensues in which Paul is shot a couple of times, Chris and Eleanor are punched out, and then Paul, Gemma, Chris and Eleanor are tied up. Justin believes Luke’s claims that he didn’t send the postcard and begins manipulating Luke into helping him.

Justin continues the game of truth or dare. Whenever a dare is selected, Justin puts a tube down the throats of one of the guests and demands the others choose one of two taps that will release liquid into the guest’s throat. One tap releases water, the other releases battery acid. Gemma survives after drinking water, but Chris is killed when the battery acid tap is chosen (it is a different set of taps each time).

Eventually, one of Luke’s drug dealer friends shows up at the cabin (Luke had told him about the party). While Justin and Luke go out to deal with the friend (with Luke ultimately shooting his friend to death on Justin’s orders), Gemma manages to break free of her bonds and flees the cabin. Justin chases after her. She runs to the main house to find a phone and instead, finds a bed-ridden but still-alive Felix watching the proceedings from his bed. Felix survived the hanging, though it did paralyze him and render him mute. Gemma is attacked by Felix’s nurse, but manages to kill the nurse. Justin shows up soon after and kills Gemma.

Meanwhile, back in the cabin, Luke admits to Eleanor and Paul he actually sent the postcard. He did so as a joke while he was high, stating he was simply jealous of Felix’s affluence. Luke had no idea it would lead to Felix’s suicide. Eleanor and Paul manage to get free from their bonds and kill Luke. They then take Justin by surprise when he returns to the cabin with Felix in a wheelchair, incapacitating Justin and tying him up. Eleanor then forces Paul into Justin’s truck while she finishes the game of “truth or dare.”

With Paul out of earshot, she tells the ultimate truth. At the party, she was pissed off that Paul passed out instead of having sex with her (and also, that he accepted a job in another city without telling her). She therefore made-out with Felix and brought him to the room where Paul was passed out. As a prank, she convinced Felix to perform oral sex on Paul while taping the whole thing, though she never played the video for anyone. Some time later, her family’s business was going under and so she contacted Felix to ask him to invest in her company and also blackmailed him by threatening to release the video if he didn’t. She gets Felix to confirm (through eye movements) that the real reason he tried to commit suicide was that if Justin (a homophobe) found out about the video, he would undoubtedly beat and torture his brother. Thus, it was Justin who caused Felix to attempt suicide. Eleanor then places a grenade in Felix’s hand and joins Paul in the car. As the two drive off, Felix manages to move his fingers enough to pull the pin and the cabin explodes, killing the brothers.

Eleanor cries at what her actions have wrought, but does not tell Paul about her role in the proceedings (or the prank the precipitated the events). 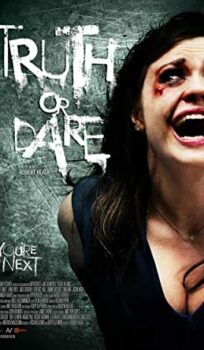