Martin (Craig Sheffer) and Jessica (Jennifer Beals) succeed in dumping Elliot’s (Jeffrey Nordling) chemical weapon out of the cargo hold before it blows, and it explodes in mid-air with no one and nothing harmed. However, Martin soon finds himself being forced to fly and land the plane in Seattle, since Elliot accidentally killed the captain and destroyed the ILS line needed for the auto-pilot program to land the plane. While Elliot and Jessica set up a GPS device from the cargo bay in the cockpit, Elliot contacts an accomplice on the ground about something.

Martin contacts Sikes (Tom Berenger) again in the ATC tower in Seattle and tells him that the hijacker is with him (but doesn’t say it is Elliot) and they need to land to refuel, but no police or armed personnel are permitted. FAA Director Hobbs (Tamara Phillips) tells Sikes that she won’t accept these terms, and tells FBI Agent Dickson (Tim Henry) to keep his men where they are. Elliot tells Martin to pass over the airstrip first as he wants to drop a message to air traffic control, and then lets him know that his accomplice has kidnapped his son Trevor (Dillon Moen) to ensure his full cooperation. He then takes Jessica back down to the other passengers and handcuffs her to a chair, then grabs Wilcox (Avery Raskin) and throws him out of the plane’s door and into the ATC tower as a warning that, if they don’t follow through with his demands, then the rest of the passengers will suffer the same fate. Martin finds and pockets a cellphone Elliot accidentally left on the floor.

Martin lands the plane successfully thanks to coaching from Sikes, and he then tells air traffic control that the hijacker will be releasing two hostages from the plane in exchange for the fuel. Elliot then comes out with Martin pretending to be one of the hostages so that he will be able to get away scot-free, and his accomplice is holding Trevor in a nearby observation window to make sure Martin plays it cool. However, Martin secretly dials up ATC on the cellphone and gets Elliot to say how he is the hijacker as well as how he had Trevor kidnapped and where Trevor is being held. Dickson spots Trevor and his kidnapper and radios this information to his men.

As Martin and Elliot are being loaded into an ambulance, Trevor runs away from the kidnapper to get to his father, and the kidnapper gives chase and ends up getting shot to death by the FBI agents. Martin then wrestles with Elliot as the ambulance drives off, and Elliot shoots the lone EMT inside and then pins Martin down and pops out his retractable wrist spike to deliver a fatal stab to him. However, the EMT tells the driver to hit the brakes, and when he does, the spike gets driven into Elliot’s heart instead and kills him instantly. Martin gets out and hugs Trevor, and the cops get the remaining passengers and crew out safely. 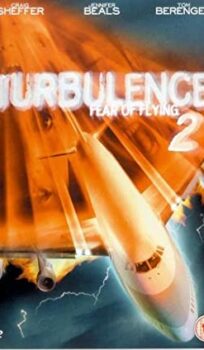