As Teri (Lauren Holly) is trying to land the plane in Los Angeles on autopilot with telephone assistance from Captain Bowen (Ben Cross), Weaver (Ray Liotta) gets into the avionics bay and destroys the autopilot control board in order to make the plane crash like he wants. Thanks to Bowen’s instructions, Teri pulls the plane out of its fall, though the wheels damage the tops of some buildings and destroy some cars, plus a truck gets stuck on one of the landing wheels. Feeling like Teri can’t land the plane, and thinking about the passengers and crew that Weaver claims to have killed and the fact that Weaver is on board, FBI Agent Sinclair (John Finn) orders in a fighter jet to shoot the plane down. Teri sees the jet outside, and quickly realizing that it isn’t there to help her out, she turns the plane around for another go at the tarmac, and she tells air traffic control that she is landing the plane with or without their help. Sinclair orders the jet’s pilot to arm the weapons and prepare to fire, but Teri then appeals directly to the pilot to give her a chance to land.

Weaver then starts chopping away at the cockpit door with a hatchet. Teri tries to stop him from coming in, but he grabs hold of her through the hole he made and starts choking her. Just then, the jet shoots off the truck stuck on the wheel, and the force of the blast enables Teri to get free of Weaver. She pushes the door down on top of him, grabs Marshal Douglas’ (Michael Harney) unloaded revolver and heads down to the floor below to find any bullets on the dead marshals, with Weaver right behind her.

After she finds a bullet, Weaver tackles her to the ground and makes her drop it. As he tries to get a better grip on her, she manages to get the bullet into the revolver’s cylinder, and then kicks him off of her. As Weaver taunts her, saying that she doesn’t have the guts to shoot him, she pulls the trigger a few times until the gun finally goes off and shoots him in the brain and kills him. She dashes back up to the cockpit, and with further assistance from Bowen, she successfully lands the plane. As the police get on board to assist with getting her out, they all go to the crew bunk and find the remaining passengers and crew alive and well inside.

After she deboards, she gets a salute from Bowen and a congratulations from LAPD Lieutenant Hines (Hector Elizondo), saying that she would make a great cop, but she refuses to become a part of that line of work. Bowen then escorts her away to have her treated for her injuries. 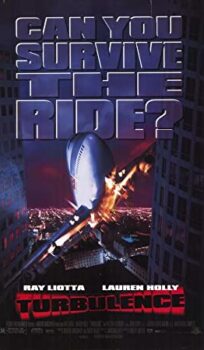