Nathan Drake (Tom Holland) has always been fascinated with history and hidden treasures thanks to his older brother Sam, who disappeared when they were kids. In the present day, Nate teams up with Victor “Sully” Sullivan (Mark Wahlberg), a former associate of Sam’s who wants Nate’s help in finding the hidden gold of Ferdinand Magellan. With help from Sully’s other associate Chloe Frazer, the team explores through Barcelona using two crosses as keys to help find the gold, all while another treasure seeker, Santiago Moncada (Antonio Banderas), and his mercenary partner Jo Braddock (Tati Gabrielle) make their own plans to get the gold, since Moncada’s family had funded Magellan’s expedition and he feels betrayed out of their wealth.

Nate finds a map that leads to the treasure in the Philippines, but Chloe betrays him and takes the map since she was working for Moncada. Braddock then betrays and kills Moncada to take over his crew. Nate deduces the exact location of the treasure and gives Chloe fake coordinates since he knew she would trick him again. He and Sully find the treasure, but Braddock and her goons airlift Magellan’s ships out of their hiding places, along with the treasure inside them. The first ship is destroyed, and Braddock’s men are killed. Braddock fights Nate, but Sully sacrifices his gold to drop it onto Braddock to save Nate, sending her into the ocean and letting her get crushed by the second ship. Nate and Sully manage to recover some gold while Chloe ends up empty-handed.

Nate and Sully set off on their next big job, while it is revealed that Sam is still alive but in prison 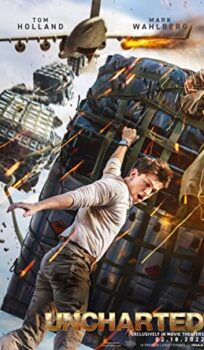