Salvador’s wife, Olivia, is a lesbian, and her brother-in-law Leon has been taking her to gay soirees. After being discovered by her husband, she comes out and runs off to Paris with her lover Francine. She enters the artistic world and poses for Modigliani.

Alma’s husband Leon is actually her half-brother: his mother was loved and left by her rich employer’s son, Alma and Olivia’s father. Sra. Mingarra abandoned her son Leon, but he recently found her in a brothel and hired her as a maid. When his father-in-law came over, he and Sra. Mingarra recognized each other and the secret got out. Leon loses it and runs away to a brothel, where he hides until he can kill Freud for giving such insight into our twisted natures. At the club where Freud is visiting, Leon shoots for him but hits his father instead. His father embraces him as they both are crushed by a falling chandelier. 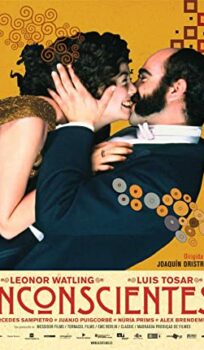