A documentary film crew investigating illegal immigration is taken hostage along with a bus of illegals by a right wing militia group led by Z (Peter Stormare).

The group is forced to film the groups manifesto as they torture and kill several illegals. Several escape attempts lead to the deaths of Jim (Kevin Weisman) and Davies (Greg Serano). Eventually, Travis (Scott Mechlowiz) snaps and beats a militia member to death. He gets his girlfriend, Liz (Alona Tal) and Alberto Fuentes (Yancey Arias), Davie’s cousin, out of the building and frees the remaining illegals who beat up and most likely kills Z’s men. Z tries to stop the three from escaping but is wounded by Alberto and they get away in a truck.

Title cards state Travis and Liz go to the police to report what happened. Two days later the police raid the compound to find no trace of the illegals or Z and his men. Alberto Fuentes was interrogated by immigration authorities for 9 months before being deported; his attempt to cross a costly, vain effort that left him with a dead wife and a dead cousin. It is unknown if he finds his daughter again (Z released the children of the group but made them walk back to Mexico alone in the middle of the night). Several weeks later, Arizona authorities get dozens of videotapes from Z. He has shown to have learned from his mistakes, recruiting a much larger group of men to protect him. He notes that if that illegals want to continue to try and cross over to the USA that is fine by them. In return Z and his group will continue to send them back “in pieces.” 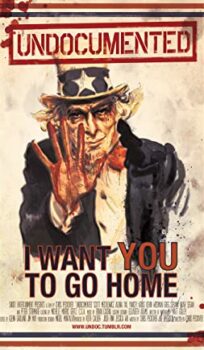