After three straight days of torturing Younger, they find nothing. By threatening Younger with torturing his children after murdering his wife, he cracks and gives the locations of all three bombs. The three locations are real, and bomb squads are dispatched. However, “H” knows that there are four. 18 pounds of nuclear material is missing, and each bomb only has 4.5 pounds of material in it. 4.5 times three is only 13.5 pounds. 4.5 times four is 18. This was planned by Younger – he knew that he would be tortured, and just in case he could not hold out through the torture (which he didn’t), that was his out.

Everyone forces “H” to not do anything to the children, and per H’s conditions, if he is not allowed to do what he needs to do, he won’t do anything. H lets Younger go. Charlie Thompson pulls a gun on H in order to force him to continue torturing either Younger or his children, but now that Younger has been released, he reaches up and steals the gun from Charlie. Younger kills himself with the gun, because if he is dead, there is no reason to torture his children.

With only 14 seconds left, the bomb squads disarm the third bomb. However, it was a decoy. The camera pans to behind one of the walls, and the real bomb is ticking down. The camera cuts to black when it reaches 0. The ending is never revealed, but since the bomb squads never disarmed any of the real bombs, it can be assumed that all four went off. 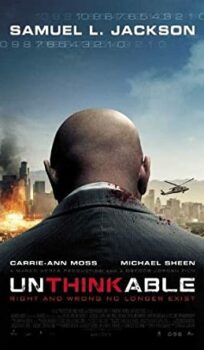