At an elite high school, Zack (Alex Russell) rules with an iron fist. His step brother Darren (Oliver Ackland) is his polar opposite; intelligent, shy, and kind. Darren gains the attention and affection of Xandrie (Adelaide Clemens), a beautiful student. Zack, noticing their mutual affection and angered that she would choose Darren over him, does the unthinkable. Zack has one of his clique drug Xandrie’s drink during a party and he and his friends date rape her. Xandrie goes missing for a week, while Zack and his friends protect themselves by making it look in the public opinion that Xandrie asked for what happened.

Despite Darren’s attempts to help her, having video proof that a rape occurred, Xandrie knows no one will believe her. One day she brings a gun to school intending to kill Zack. Zack tells her killing him will solve nothing and people will still believe his version of events. Unable to kill him, Xandrie commits suicide to Darren’s horror.

Darren, resolved in not letting Zack get away with what he has done, drugs him at one of his parties, and ties him a chair contraption he has created. Darren sits in the opposite one, placing a handgun in a device that will point at either one of them. He then releases a recording of Zack talking horrible about everyone and the things he did to Xandrie and makes the crowd vote; the one with the most votes dies. The gun fires, killing one of them.

The last shot is Darren swimming alone in the pool. He won, avenging Xandrie. 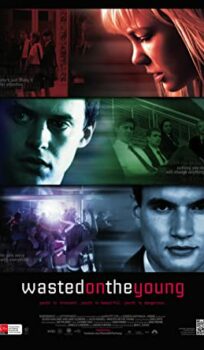