Sammy’s (Matthew Modine) mother Helen is killed during a bus stop while the young boy is asleep on the bus seat; they were on their way to the funeral of Mr. Tynan, community pillar and father of illegitimate Sammy.  Helen has in her possession a letter from Mr. Tynan acknowledging his paternity. The bus arrives in town, young Sammy awakes, and the whereabouts of his mother are unknown. So, the locals, Sheriff Norm Jenkins (Tom Skerritt) and waitress Lucille (Judith Ivey) take care of him. Norm finds the letter but keeps it a secret, waiting until the right time to reveal Sammy’s connection to the wealthy & powerful Tynans.

Sammy, traumatized and confused by his mother’s disappearance, doesn’t speak at first, then allows everyone to believe that he is a deaf-mute, realizing this could be to his advantage. In time, he learns of the affairs and goings-on of everyone in town, as all are comfortable talking around the ‘deaf’ man.

Sammy grows up under the watchful eyes of Norm and Lucille, and becomes the town’s favorite handyman for odd jobs. Mr. Tynan’s widow and son Tolliver are insufferable snobs, but adopted daughter Tallasse Tynan is kind to Sammy. Norm spends his spare time searching for the truth about Sammy’s mother and eventually finds out what happened.

Manipulative and corrupt Tolliver is finally put on trial for one of his many misdeeds. Sammy naturally has heard all the plots and schemes all along, but Tolliver and his cohorts never suspect that Sammy is aware of their plans. The trial is over before it even begins, as witness Sammy is being sworn in and he speaks the first words anyone has ever heard him say: “I do.”

Mrs. Tynan collapses and dies right in the courtroom from the shock. With an incredulous Tolliver off to jail, Norm reveals what he has discovered about Helen, and about Sammy’s father. Since Sammy is slightly older than Tolliver, he inherits the Tynan fortune according to terms of the Tynans’ will.

Sammy gives much of the money away, also providing for Norm and Lucille. He realizes the locals will never truly be comfortable around him again, so he leaves on a bus, and Tallasse joins him. 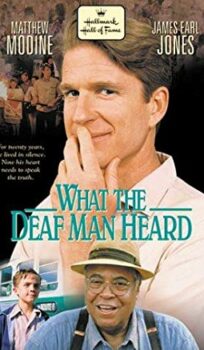