A young woman named Catherine Kya (Daisy Edgar-Jones) is on trial for the murder of Chase Andrews, a man that she had briefly had a relationship with. While the rest of the town already believes she is guilty, knowing her as the “Marsh Girl” through countless rumors and stories, her lawyer, Tom Milton, is determined to prove that she is innocent.

Flashbacks show Kya’s childhood, where her mother and older siblings ran away from home to escape Kya’s abusive father, who eventually abandons her as well. Kya’s only friend is Tate Walker, who is kind to her and later helps her read and write when they get older. They fall in love, but Tate leaves for college. Kya meets and befriends Chase, later falling in love with him, but he proves to be abusive as well. Chase is later found dead at the bottom of a tower, where it is believed that Kya lured him there and pushed him off.

After Tom proves that there is insufficient evidence to condemn Kya, the jury finds her not guilty of Chase’s death. She goes on to have books of her drawings and marsh findings published, and she spends the rest of her life with Tate. After Kya’s death, Tate finds a book of Kya’s poetry, as well as a blood-stained seashell necklace that once belonged to Chase, confirming that Kya did kill him in order to protect herself. Tate disposes of the seashell so that nobody will ever find out Kya’s secret. 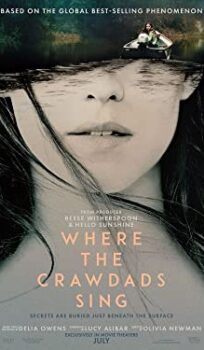