Natalie (Kelsey Chow) was brutally raped by a drunken Pete (James Jordan), while the rest of the drill site crew, all of them also drunk, beat her boyfriend Matt (Jon Bernthal) to death, while he was trying to defend her -it is clearly shown they had a loving relationship and were together in bed when the incident happened-; she manages to escape. However, given the fact that she was not bundled up enough for the frigid cold outside and she had run off barefooted, she was able to advance a few miles before succumbing to a pulmonary hemorrhage from exposure.

When Tribal Police Chief Ben (Graham Greene), FBI Agent Jane (Elizabeth Olsen) and tracker Cory (Jeremy Renner) all show up at the drilling site, along with some policemen, following the leads to their investigation, the crew meet them and dismiss Matt as “having stormed off a while ago, after a fight with Natalie”… but, then, one of them mentions “Natalie having been found by means of monitoring police radio channels” -which couldn’t be, since her name hadn’t been released, as Jane points out!-. The situation escalates into a Mexican standoff that Jane narrowly gets to deflate and she coerces them all to take the team to the sleeping quarters. Meanwhile, Cory has figured out the traces of where Matt’s body was found leaving a trail that led back to the drill site; he warns Ben at the same time as Pete -who was hiding in the quarters- shoots at the group, wounding Jane and starting a shootout that kills Ben and some of the officers and site crew. Cory, from afar, using his sniper abilities, kills some of the surviving site guys who were trying to eliminate the rest of the investigating party. Pete escapes, wounded, but Cory catches up with him and takes him to a high mountain top.

Up there, after leaving him down to the same conditions in which Natalie was when she died -barefoot and with minimum clothing-, Cory forces Pete to confess his crimes, which he does. Then, he gives the man “the same chance as Natalie”; in this case, try to get to a nearby road for help. Which is basically a revenge death sentence, since Pete only gets as far as less than a kilometre before dying the same way as Natalie did.

Later, Cory and Jane share a brief moment at the hospital, where he praises her courage and she cries when thinking of Natalie’s plight. He also visits Natalie’s grieving father, Martin (Gil Birmingham), and tells him the criminal “went out with a whimper” and that he should be open to giving his other delinquent son, Chip (Martin Sensmeier), another chance, while they both lament the losses of their respective daughters -Cory’s own older daughter died and was found, years ago, in circumstances akin to Natalie’s, while at a party-.

The movie ends with a title card announcing that statistics are kept, every year, for people of every demographic group who go missing, except for Indigenous women, whose numbers are perpetually unknown, as criticism to the system’s indifference towards their situation. 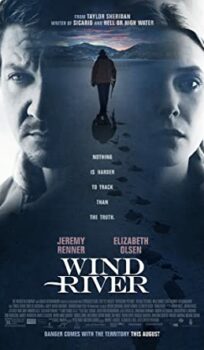