Ree (Jennifer Lawrence), a 17 year old living in a very low-income/white trash town in the Ozarks, is told by the local authorities that her meth-dealing father put up their family’s property as collateral for bail. If he doesn’t appear at court for his trial, Ree will lose the house and be forced to let her hilbilly neighbors adopt her younger brother and sister (Ree’s mother is catatonic, and she supports the whole family). Unfortunately, Ree has not seen her dad in weeks and sets off on a journey to try to find him.

Her investigation leads her to confront the Milton family who runs the criminal underworld in the Ozarks. Her investigation is eventually aided by her violent drug-addled and estranged uncle, Teardrop (John Hawkes). Ree discovers that the amount of bail was greater than the value of their family property, and that an anonymous person paid the amount of bail owed over the value of the property (it is later suggested that the Milton family anonymously paid the additional bail amount). Ree also discovered that before he disappeared, her father had been feeding the police information about the Milton’s criminal organization.

In the end, the Miltons agree to take her to the corpse of her father, whom they had killed and thrown into the swamp. They do this because the town is turning against them due to their brutal attempts to get Ree to stop looking for her father. Ree has to cut off the hands of her dead father with a chainsaw and deliver them to the police station to prove that he is dead, and therefore, is excused from appearing in court. As a result of her father’s murder, Ree gets to keep the family property AND she also gets to keep the extra bail money paid by the anonymous person. Though she gets to keep her family together on their property and is now relatively wealthy, the end is bittersweet as Teardrop, who had become a father-figure to her, walks off on a likely suicide mission to get revenge on the Milton family for murdering his brother. 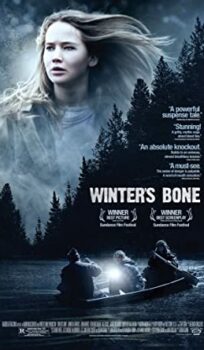