Alison (Sasha Clements) was not possessed. She only had a seizure and was just scared.

Jill (Hannah Kasulka) kills Alsion in front of John (Ian Matthews) thinking she had killed Phillip (Corbin Bleu). However, Derek (Craig Arnold) had accidentally stabbed and killed him thinking it was Alison trying to hurt him. Bree (Humberly Gonazalez) dies from her wounds due to her freak accident. Derek, Tod, and Marty freeze to death.

The police arrive and take over the scene. In the back of a police car Jill is asked what happened. She says she thought Alison was possessed. When the baffled police officer asks what gave her that idea, she just says “they told me she was.” Groupthink and paranoia caused the group to turn on each other, leaving six out of the seven dead, and Jill looking at a murder charge for Alison’s death. 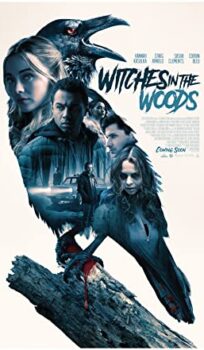